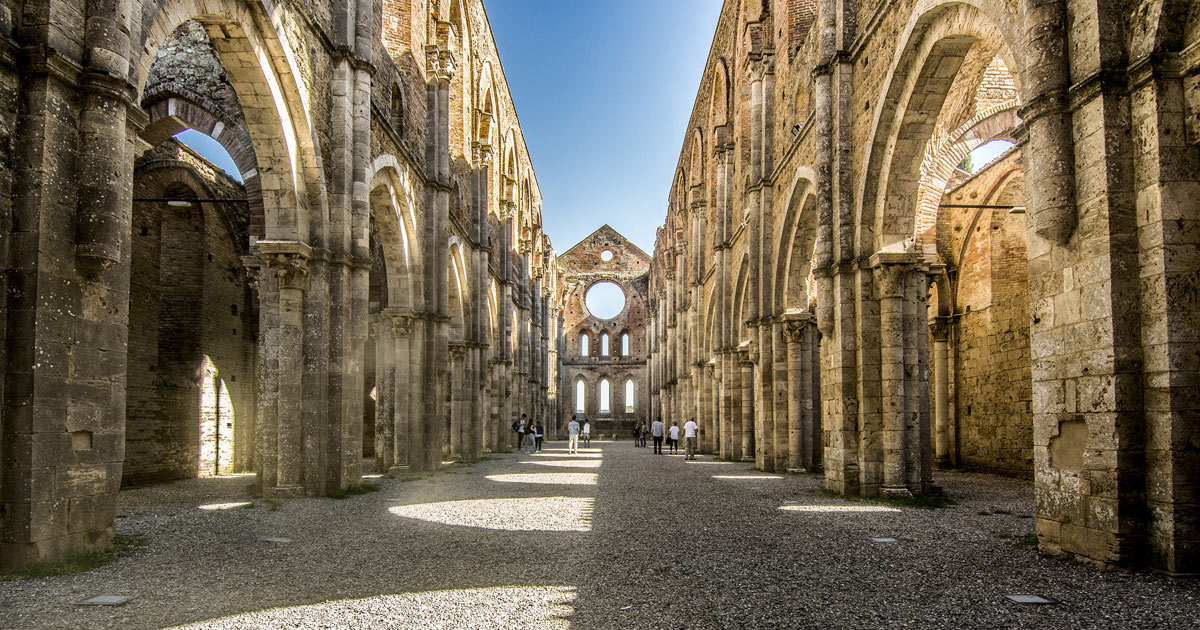 Tuscany is a region to be discovered. Sleeping in Tuscany farmhouses, for a journey to discover the mysterious Abbey of San Galgano

Tuscany is a region to be discovered, even for the Tuscans. That’s why in the two-day weekend in Tuscany between Pisa, Livorno and Siena, the trip is able to offer memorable views. Booking Tuscany farmhouses between Pisa and Siena is perfect for discovering ancient medieval villages.

Let’s start by booking a Tuscany farmhouse near Montescudaio

Our two-day tour begins by booking one of the Tuscany hotels in this area, although I suggest choosing the farmhouses. Tuscany is rich in them. We choose as a starting point the small village of Montescudaio, in the Province of Pisa, one of the most beautiful villages in Italy. Originally the seat of a Benedictine monastery, in the Middle Ages Montescudaio became an important village thanks to the strategic position still testified today by the Torre della Guardiola, the Piazzale del Castello and the Church of Santa Maria Assunta placed in a panoramic position and perched above the town. 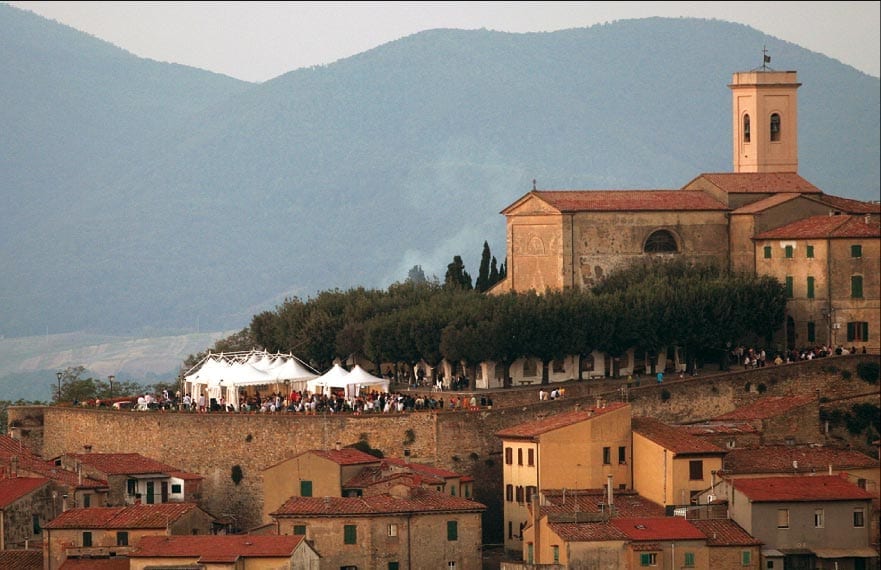 From the square you can clearly see the islands of Gorgona and Capraia and, if you are lucky, the northern tip of Capo Corso; while letting your gaze wander down from the surrounding walls, you can see the huts of the village with the characteristic roofs covered with tiles. Like any self-respecting Tuscan municipality, Montescudaio is also part of the National Association of Wine Cities and is recognized as the City of Bread: the classic Tuscan bread without salt cooked in a wood oven, excellent to eat with croutons, pappa al pomodoro, cured meats and cheeses.

The excursion in Tuscany continues with Casale Marittimo

The second stop on our route is Casale Marittimo, in the Province of Livorno, Orange Flag of the Italian Touring Club and a stop on the Etruscan Coast Wine Route. The village, characterized by perfectly intact medieval stone buildings, stands on a hill overlooking the valley of the Cecina river and from which the islands of the Tuscan Archipelago are clearly visible. We sleep on the farm, of course.

Lunch in our farmhouse? We choose to have lunch in Bolgheri

Even if our farmhouse offered a nice restaurant service – like most of the Tuscany farmhouses – the third stage of the two days in Tuscany is Bolgheri; we will eat here. Bolgheri is a gem of the Province of Livorno and a small hamlet in the municipality of Castagneto Carducci, located in the center of the Livorno Maremma, which we reached for lunch by crossing the Viale dei Cipressi. A 5 kilometer long provincial road made famous by Giosuè Carducci with the poem “Davanti a San Guido?”, Which connects the Oratory of San Guido to the historic center. 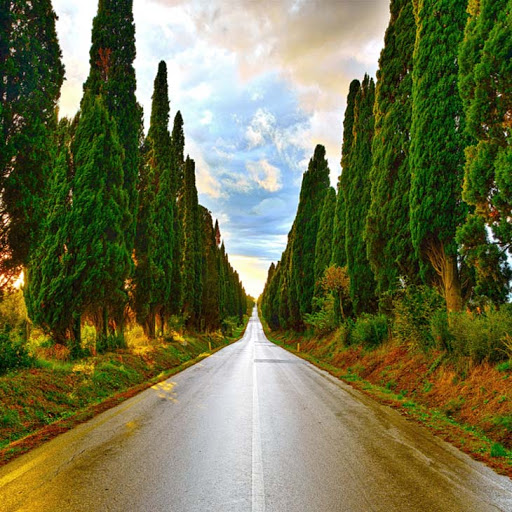 Having crossed the threshold of the medieval castle, we find ourselves inside the village which is now famous not so much and not only for having hosted Carducci but also and above all for its wine; among the most famous we remember: Sassicaia, Ornellaia, Guado al Tasso, Grattamacco and others, included in the denomination Bolgheri D.O.C.

For lunch we ate at the Enoteca Tognoni in Via Lauretta, one of the best known places in the area that offers a menu based on typical dishes and products as well as a wide selection of wines. I opted for a plate of tagliolini with white truffle.
As you already know, most of the Tuscany farmhouses offer an excellent cuisine and choice of local wines, so don’t delay in tasting the flavors of this wonderful land.

Fourth stage, the long-awaited destination of this trip to Tuscany, the mysterious Abbey of San Galgano: an ancient Cistercian abbey, deconsecrated and completely uncovered 40 kilometers from Siena and located in the heart of an isolated valley in the hills of the Val di Merse.

The Abbey of San Galgano

Visiting the Abbey of San Galgano, of which only the outer walls remain today, costs € 3.00. Crossing the threshold you find yourself immersed in a place with a mystical flavor, wrapped in an aura of mystery, completely empty, without a roof and characterized by original Gothic architecture for the time in which it was built (between ‘200 and’ 300). 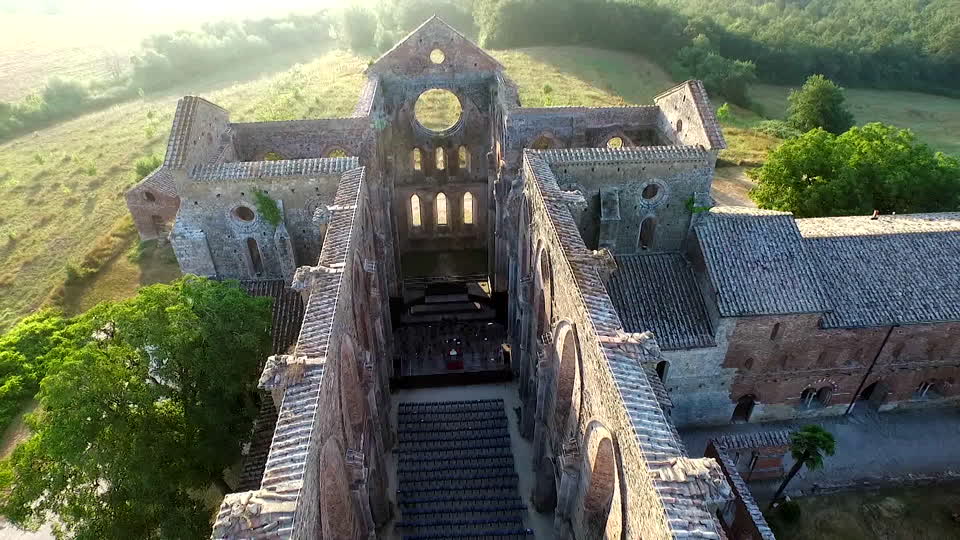 The abbey is named after Galgano Guidotti: a young knight to whom legend has it that one night the Archangel Michael appeared in a dream, guiding him along a narrow and impervious path up to the Montesiepi hill. Here waiting for him he found the twelve apostles in front of a round temple. Galgano interpreted this vision as a sign of the divine will and some time later, going to the Montesiepi hill, he abandoned his knight’s dress and stuck his sword in a rock, in order to make a cross. That sword is still there, for more than 800 years, as a symbol of an incorruptible conversion.

The Hermitage of Monte Siepi

50 meters higher, on the hill of Montesiepi, stands a small circular chapel that is easily accessible by following a path surrounded by greenery, which houses one of the most fascinating and mysterious relics of Tuscany: the sword in the stone. A cruciform sword, which belonged to San Galgano Guidotti and forged around 1170, protruding from the terracotta floor protected by a glass case. In 1991, in fact, a tourist broke it in an attempt to extract it from the rock.