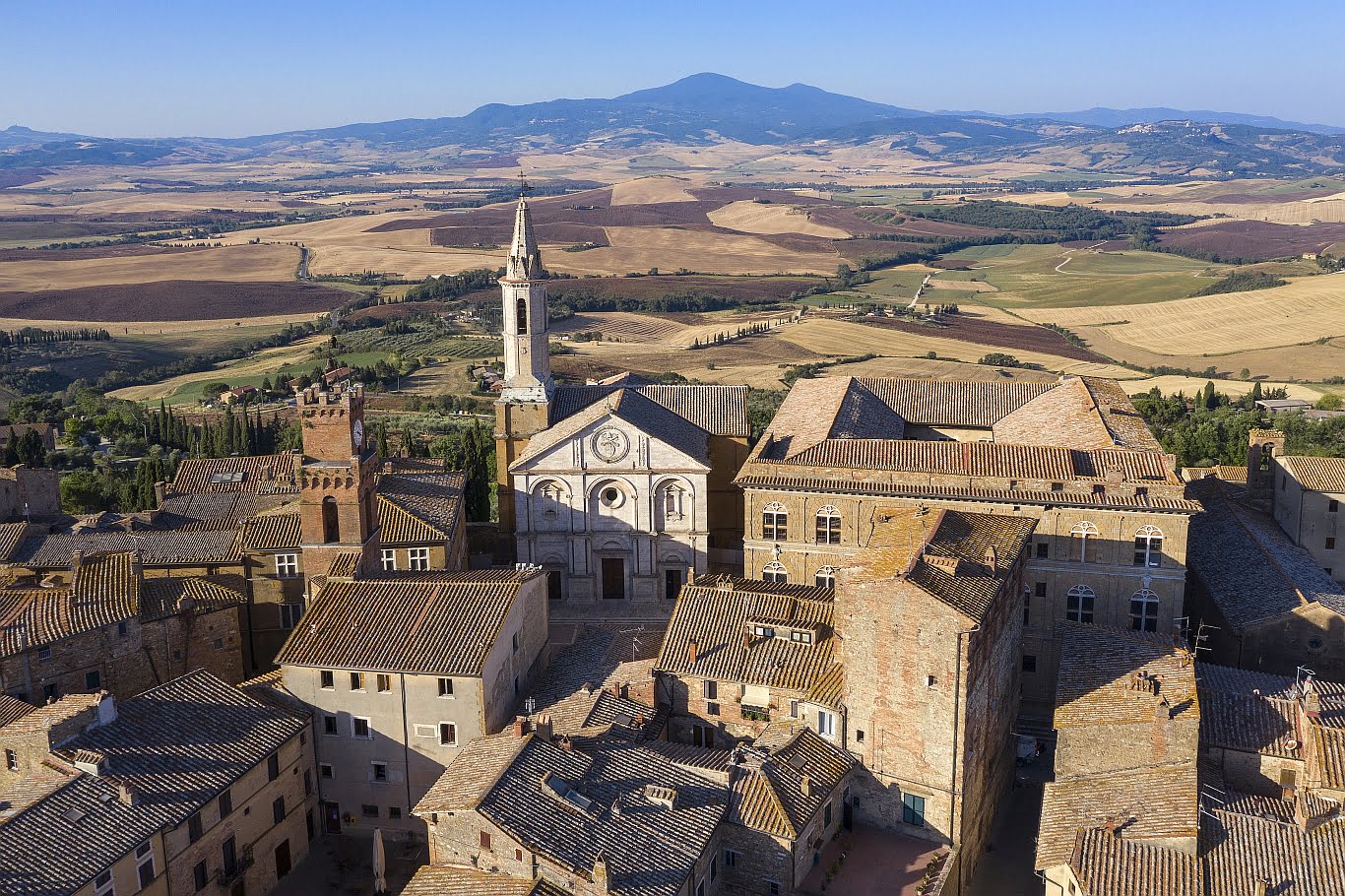 The Val d'Orcia, in Tuscany, is the ideal place to spend a few days as a guest of a farmhouse or even a castle

Any advice for a Tuscany  farmhouse? Book it in Val d’Orcia

The Val d’Orcia, in Tuscany, is the ideal place to spend a few days as a guest of a farmhouse or even a castle. Today I will tell you about Pienza, a small city at approximately 50 Km from Siena: what to see in this small village. Did you know that Pienza is known as the ideal city? This small wonder in the heart of Tuscany, overlooking the Val d’Orcia, is known as the ideal city of the Renaissance and listed by Unesco as a World Heritage Site in 1996. It is one of the most beautiful places in Tuscany to spend a week of vacation, or a weekend in one of the enchanting farmhouses in Tuscany. Furthermore, many of the castles of Tuscany are located here, in Val d’Orcia. Perhaps not everyone knows that in the fifteenth century cities had to respond to precise philosophical, scientific and rational criteria, placing man at the center. How did all this happen? By building squares, palaces and fortifications of harmonic proportions, which inserted in an urban center enhance its architectural beauties.

Let’s start by saying that Pienza was called Corsignano until 1462. The name was changed when the humanist Enea Silvio Piccolomini – appointed Pope Pius II in 1458 – decided to radically transform his hometown due to its state of decay, and make it a work of art of incredible beauty. The project was entrusted to the architect Bernardo Rossellino, who in 4 years created a city with harmonious shapes, starting with the construction of the Cathedral, the Papal residence (also known as Palazzo Piccolomini), the Municipality and the enchanting Central Square.

The tour starts from Piazza Pio II, the central square of Pienza. As soon as you arrive you cannot fail to notice the elegant and harmonious shape of all the buildings. The predominant color in the square is honey, due to the stone used to build them: travertine. On the right of the square there is a beautiful well, called Pozzo dei Cani, with two columns with capital and friezes, built in 1462 by Bernardo Rossellino.

In the center of the square is the Cathedral, dedicated to Santa Maria dell’Assunta, in Franciscan Gothic style harmonized by the Renaissance style building structure. Next to it stands the bell tower built over the ancient crypt.

On the left of the Cathedral we find the imposing Palazzo Piccolomini, the Pope’s summer residence, with inside a loggia and a wonderful suspended garden, embellished with flower beds and a fountain adorned with garlands of fruit, where it is possible to admire a breathtaking view over the whole the Val d’Orcia; one of the most beautiful in all of Tuscany.

In addition, for those who want to visit the Palace, I would like to point out the permanent exhibition on the ground floor which explains the architectural structure of the building and the secret rooms on the first floor with period furnishings. Palazzo Piccolomini was also the set of the film “Romeo and Juliet” by the great Italian director Franco Zeffirelli.

We conclude the tour on the architectural beauties present in Piazza Pio II with the Town Hall. The Palace was originally the residence of the Priors. In fact, on the facade inside the portico, there are the coats of arms of the Podestà who lived there. In the Sala del Consiglio there is a beautiful 15th century fresco depicting the Madonna and Child and the Saints Masters of Pienza: San Vito, San Matteo and San Modesto.

Pienza and the streets of love

When you walk around Pienza you get the impression as if everything is perfectly in place. Believe me it is really a small work of art. The alleys are splendid, starting with Corso Rosellino, which takes its name from the architect who regenerated the city. A place in Pienza not to be missed is the one that collects the streets of Love (via dell’Amore and via del Bacio), where couples get together romantically to exchange promises of love and admire the beautiful panoramic viewpoint over the whole Val d ‘Orcia.

Where and what to eat in Pienza

It is obvious that if you have chosen to sleep in a Tuscan Castle, or in a farmhouse, your guests will surely be able to cheer you up with their cuisine, right from breakfast.

Before recommending some places to eat in Pienza, even if it is difficult to find a restaurant in this area where you eat badly, I want to tell you about the typical local product which is the famous Pienza cheese. It is a pecorino cheese created in different variations: delicate, spicy and seasoned. It is such an important asset for the people of Pienza that in September they organize the Cacio Fair with the fun Palio del Cacio Fuso. The game is quite simple: the players of the various districts must throw some forms of pecorino and roll them as close as possible to a wooden spindle positioned in the center of the main square. Of course, whoever comes closest wins!

After introducing Cacio di Pienza, it is a must to enter one of the many trattorias in the town and taste a dish with this typical product. I recommend the Trattoria La Buca delle Fate, located in Corso il Rossellino where you eat divinely. One dish above all: Pici and Cacio.